MOODS is a series of short interactive experiences, a digital sketchbook for jotting down ideas and wishes, riffing on established genres or experimenting with new concepts, referencing other media and IPs or trying to establish new settings and characters. They can range from interactive fanart to momentary whimsy, from tool research and experimentation to well-defined prototypes for potential bigger projects. They're a space for trying out collaborations with minimal consequences and scope. They're made in a few days over the course of a single month.

MOODS are not games, they're windows into a scattershot creative process, aimed only at offering "stuff" to "play".

THREE WITCHES is 2022 February's Mood, a one-screen point and click short story, based on setting and characters ideas from Ben Chandler.

Was there some art reuse here? The main character art reminds me of something from before... Anyway great characters and environment again.

The music track is good, but I felt that it was a little bit off with respect to the mood of the situation? Should there be something a bit more dramatic and maybe change to more uplifting as the final part happens?

The adventure type game was well done, if a little confusing interface wise.

Some things that would be nice in that regard:

Some of these are common issues with many adventure games though, so take it with a grain of salt.

A small note, I largely prefer adventure games where a puzzle is solved with out being able to just click on everything though, but I guess the story told here is nice and the difficulty is low, which maybe is the point?

I enjoyed this little game slice, the art is a lovely treat, thank you!

Thanks for playing and for writing your thoughts!

I'm not sure what you're referring to in regards to art reuse?

We're iterating on the point and click system developed here for Mood03, so I'll keep some of your remarks in mind. The intention here was simply to get something as simple as possible working while keeping to the intended dev timeframe - things like drag and drop would be an added layer of complexity when I wasn't even sure how to go about building a mouse control system in the first place :-)

So cute and amazing! Love the art style and the story. Really inspirational. Keep up the great work!

Will do, many thanks :-D

Thanks a lot! Very glad you enjoyed it :-D 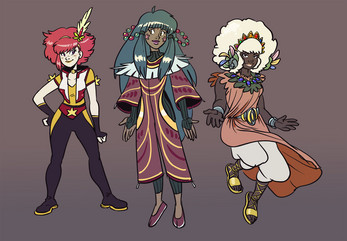 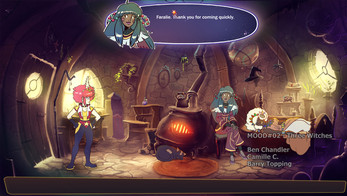