MOODS is a series of short interactive experiences, a digital sketchbook for jotting down ideas and wishes, riffing on established genres or experimenting with new concepts, referencing other media and IPs or trying to establish new settings and characters. They can range from interactive fanart to momentary whimsy, from tool research and experimentation to well-defined prototypes for potential bigger projects. They're a space for trying out collaborations with minimal consequences and scope. They're made in a few days over the course of a single month.

MOODS are not games, they're windows into a scattershot creative process, aimed only at offering "stuff" to "play".

One big issue is that several times after picking up an object the whole game was stuck ( could not interact in any manner). Had to reload and hope I could get everything solved before it getting stuck again. I spent a bit of time after finished to test this: ( example repro steps: control Maude, click on Cat, before cat is levitated, click on another hotspot, you are now stuck) basically clicking another interactable before finishing action with first interactable.

A more minor issue is one time the tree echo hid behind Daere, kind of weird. Also the spirits where in a weird state... not sure if that was on purpose. I didn't replay to test if this happens again.

Definitely enjoyed the puzzle more this time = ] , it was simple enough, but a good puzzle. The story was maybe shorter, than the previous mood though?

I think some of the elements could have been a little clearer, like if you figured out the bug thing, the extra click on the bug at the end seems unnecessary. Or the bark, its a little weird to have to move the tree... but minor.

I feel like the puzzle could have been a little longer, maybe ran out of time, but the mushroom and the flower are clearly a give away instead of part of the puzzle.

One animation issue I had is the way the facing works, so if you click to walk and leave your mouse pointer behind Faralie, then she will stop and turn to look behind her ( this is good)... but in the case of clicking and leaving the mouse in front of Faralie, she stops and turns to look in the same direction... its a small thing but it bothers me... she should just skip to the end of the animation and not do the whole head turn in that case.  (this is not an issue with Maude cause no head turn of course).

Lovely animation, backgrounds are colorful and beautiful (if a bit slightly unpolished, but pretty minor).

I'm not sure about this dynamic sound thing, other than just the volume changing ? Maybe I didn't pay enough attention. But the sfx were nice, walking etc.

Anyway... don't want you lovely people burning out... is there a big picture plan beyond Moods?

Hey there! Thanks a lot for playing and enjoying this small story!

Regarding the displacement softlock: yeah, I'm very sorry. The whole system was built in a rush, I barely had a day to test it out and some use cases slipped through the cracks. I'll try to see if I can't prop it up some more thanks to your report.

The echo tree behind Daere: not an issue, it's the intended design. Did you notice that the tree's position in the physical world is reflected in the spirit world? Moving the tree to *that* position in the physical world essentially moves it "on" Daere, which is why it turns to winter (and why the season spirits are in a "weird state", ie refuse to go near it). That's all part of the puzzle to get the winter bark, and helps to reflect Daere's "winter" mindset.

The extra click on the beetle: not sure which you mean, but it's not required to click on the beetle to "confirm" states for pollination. As long as the conditions are met (beetle on tree in right spot and right season), the progression flag will be set, and you can move forward with the puzzle through very few clicks/moves.

The story was a bit shorter, mostly because it was written in a very short while - the actual development cycle for this one was much shorter than the previous game, we had to cut a lot of corners and planned ideas, like the expanded flower and mushroom puzzles, as you saw.

Regarding extra facing animation polish, I hear you - though please remember, the dev time for these is *minuscule* and any polish is really beyond the intented/expected original scope (those projects already grew wayyy beyond what was originally envisoned as described in the short blurb):-D

The dynamic sound : did you play on mobile or desktop? If you played on mobile, the system is disabled, and only a single music track plays. If you played on desktop, the music will shift depending on your current realm, so both physical and spirit realm have their own special song, shifting from one to the other when switching character. It's very cool, and I'm glad we managed to go the extra mile on that with Barry.

Big picture plan: nope! The idea was to get me back in the creative saddle after a long depression, burnout and creative slump. I didn't want to make "polished, fully featured and finished games", only short design experiment to play around with ideas and wishes I had in mind for years and couldn't afford to try before, and try my hand at Construct 3 through extremely short projects (the original intended dev time frame was a couple of days each month, I have actual day to day obligations and can only afford to work a couple of hours per week on these). I started collaborating with Ben at the very start through a stroke of luck, though the original idea was to go at it alone (and it might come back to that eventually, Ben and Barry have stuff to do too, though we'll keep at it as long as it makes sense for us). Basically, those are ways for us to try and learn things (through experimentation and failure both) and have fun in the process. We have long list of "ideas and wants", some more developed than others. How many will we end up doing? Will we take longer for some of these than we currently are? It's all up in the air, there are no "rules" or defined end point, it may pause occasionally and resume later, it's a surprise bonus helping of free interactive stuff, and not a promise of regularly scheduled "content". I'll talk about plans through Patreon updates if there's more to come/expect from these, but for now, that's about it, really! 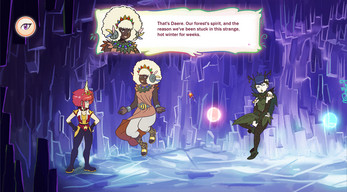 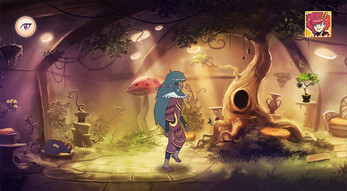 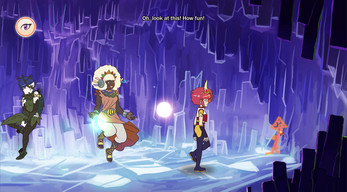 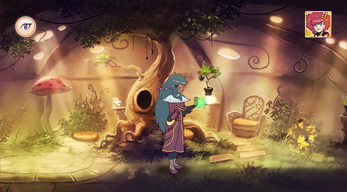